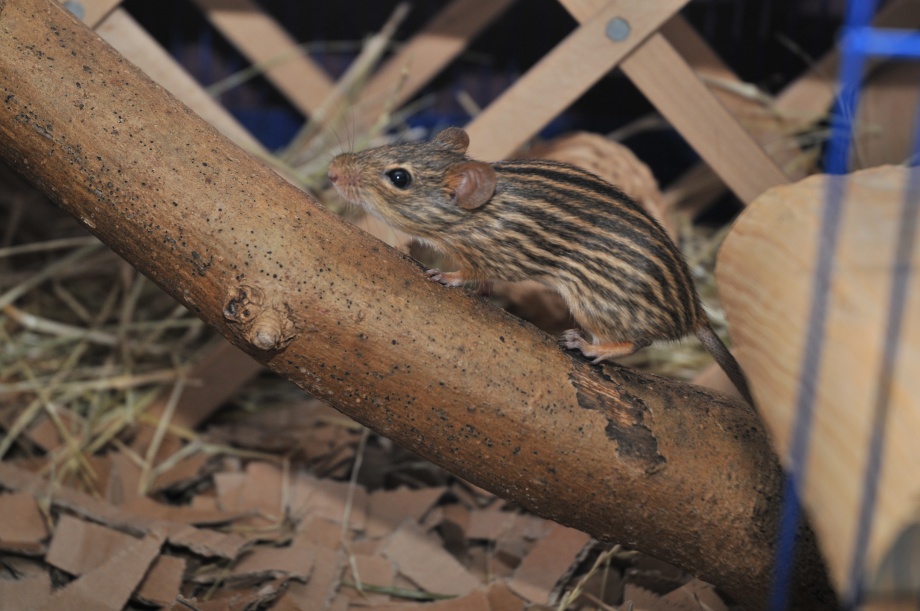 The Barbary striped grass mouse (Lemniscomys barbarus) is an endemic Mediterranean species. They are predominantly found along the northwest coastline of Africa, from Morocco to Tunisia – that which in colonial times was known as the Barbary Coast [map of their wild range]. In exotic pet-keeping circles they’re usually known as zebra mice, although I often go a further step away from formality and refer to them as stripies.

I currently (Nov ’15) own a lovely little trio of zebra mice, consisting of mum and her two daughters. They all came to live with me in September ’15 after their previous owner had to give them up.